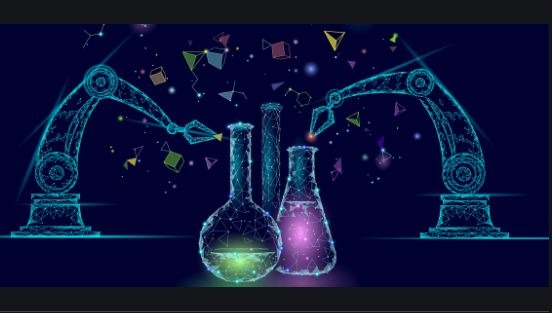 The West African Senior School Certificate Examination is administered by the West African Examinations Council (WAEC), More than three million applicants applied for the WAEC-organized tests in a single year.

You can learn more about the anticipated questions by reviewing previous ones, as well as the nature of the test

1. Compound A consists of carbon and hydrogen only. The compound was found to contain 80% carbon by mass.

(a) Calculate the empirical formula of compound A using the data above.

(b) The relative molecular mass of compound A was found to be 30.

Use this information to deduce the molecular formula of compound A.

2. (a)When calcium oxide and coke are heated in an electric furnace, the products are carbon (ii) oxide and calcium carbide (CaC2), write the equation for this reaction.

(b)The addition of water to calcium carbide leads to the formation of calcium hydroxide and ethyne. Write the equation for the production of ethyne.

3. Calculate the percentage by mass of silicon tetrachloride. [2 marks] 4. Ammonia, NH3, and phosphine, Ph3, are the hydrides of the first two elements in group 5.

(b)State and explain the general trend in the values of the first ionization energy for the elements across the period, sodium to argon in the periodic table.

(a)(i) What is the hydrogen ion concentration of the solution?

(ii)What effect will it have on litmus paper?

(iii)Which of the following salt solutions would have the same effect on litmus? Give a reason for your answer. NH4Cl(aq); NaCl(aq) ; CH3OON(aq).

(b)(i)Differentiate between a fine chemical and a heavy chemical.

(iii)Suggest one way of reducing air pollution in cities

1. Isotopes of the same element have the same number of

A. Protons, neutrons, and electrons.

B. Protons and neutrons but a different number of electrons.

C. Protons and electrons but the different numbers of neutrons.

D. Neutrons and electrons but a different number of protons.

2. Which type of chemical bond is formed by the transfer of electrons?

4. Consider the following species: H, H+, H-. What is the number of electrons in each of the species respectively?

5. Two electrons can occupy the same orbital if they have different

7. Which of the following substances is not a hydrocarbon?

8. A substance that ionizes completely into hydroxonium ions is a

9. Which of the following solutions is able to resist changes in pH when small amounts of an acid or a base is added?

10. Protein is a polymer formed from the linkage of

12. The minimum amount of energy required for effective collisions between reacting particles is known as

A) Activation of energy

A) Conservation of mass

15. Which of the following statements about solids is correct?

A) Solid particles are less orderly than those of a liquid

B) Solids have lower densities than liquids

C) Solid particles have greater kinetic energies than those liquids

16. Which of the following apparatus can be used to measure a specific volume of a liquid accurately?

17. The general gas equation PVT=KPVT=K is a combination of

A) Boyle’s and Charles’ laws

B) Boyle’s and Graham’s laws

A) They are both gases

B) Their molecules contain carbon

C) They have the same relative molecular mass

D) Both are denser than air

20. The energy which accompanies the addition of an electron to an isolated gaseous atom is

DISCLAIMER! These are not real WAEC GCE chemistry questions but likely repeated questions over the years to help candidates understand the nature of their examinations. Ensure to take note of every question provided on this page.