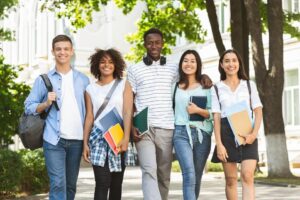 There are many excellent universities in Nigeria, but if you’ve attended a higher education institution in Edo State, you’ll need the Complete List of Universities in Edo state.

For states with some of the greatest higher education institutions, they should consider Edo state, since it has generated many university graduates who contribute to the country more than other states.

These are some of the greatest universities in the country. They are:

Below is the Federal university in Edo State:

The University of Benin (UNIBEN) is a public research university in the Nigerian city of Benin in the state of Edo.

They created it in 1970. It is one institution controlled by the Federal Government of Nigeria. The School now has two campuses with fifteen faculties.

Also, the John Harris Library. However, this serves as the primary library. UNIBEN’s buildings are sporadically constructed and not near one another.

UNIBEN has a teaching hospital, the University of Benin Teaching Hospital (UBTH), which is a large hospital with all disciplines and medical professions.

It also offers many units such as SERVICOM, Medical Records, Nurses and Doctors’ House, laundry services, catering, and many more.

Below is the list of State universities in Edo State:

Ambrose Alli University (AAU) is a government-owned university in Nigeria’s Edo State. It was founded in 1981 by Ambrose Folorunsho Alli, the governor of Bendel State (now Edo and Delta State).

However, ultimately renamed to its current name in honor of professor Ambrose Folorunsho Alli (NUC).

Edo State University, Uzairue (EDSU) is a state-owned postsecondary school that was established in 2016. It is situated in Iyamho, a town in Edo State’s Etsako West local government area.

Below is the list of private universities in Edo state:

It was honored with the renaming of BIU (formerly known as Christian Faith University), which represents his evangelical convictions.

Also, the Church of God Mission’s Next Generation Leadership Co-ordinator.

Igbinedion University, Okada (IUO) is a Nigerian private university that was created in 1999. The university is located in Okada, Edo state, in the capital of the Ovia North-East Local Government Area.

The university is named after Pastor Samuel Gbadebo Adegboyega, the first Nigerian Superintendent of the Church.

On Monday, March 7, 2011, the Federal Government of Nigeria granted the college its license, making it the 45th private university and the 117th overall in the Nigerian university system. In 2011/2012, the university began its first academic session.

Wellspring University is a private university that was granted a license by the Nigerian government in November 2009.

It’s in the Nigerian city of Benin, in the state of Edo. The Management Science Centre, a Professional Training and Educational Consulting Firm formed in 1983 launched the university.

The institution was founded on solid Christian ideas and values in order to provide a well-rounded education that would allow students to gain useful academic knowledge and practical life skills while maintaining healthy morality.

There are two primary prerequisites for admission to all Edo State institutions, regardless of whether they are private or public.

1. As it is relevant to your course of study, you must have acquired a minimum of 5 credit passes.

2. To be qualified to participate in their post-UTME screening exercise, you must achieve the minimum needed cut-off point.

If you meet the above criteria, you will immediately be considered eligible to apply for admission. As previously stated, the Joint Admissions and Matriculations Board have accepted this as the universal prerequisite for admission into all private, state, and federal colleges in Edo State (JAMB).