ASUU Strike Update: Many Nigerians had hoped that the Academic Staff Union of Universities (ASUU) strike would end this week, but Emmanuel Osodeke, the union’s president, has stated that there is no end in sight to the protracted conflict. 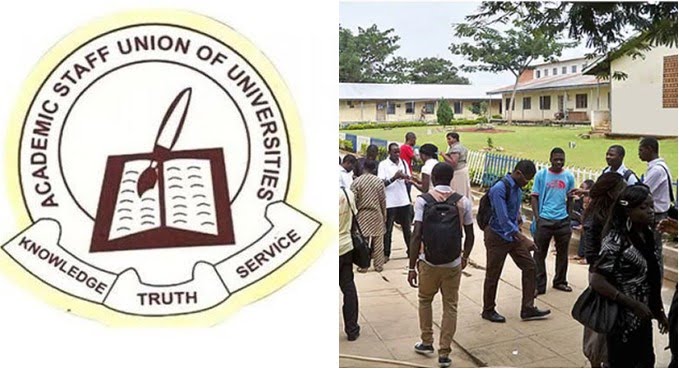 ASUU also refuted the government’s assertion that it lacks the resources to satisfy the union’s requests, stating that the current industrial action would not end until the government complied with its main demands.

About the ASUU Strike Update

The Tuesday meeting between officials of the administration and ASUU ended in a standoff. The government “did not bring anything new to the discussion table,” according to Mr. Osodeke.

“They (Nimi Briggs committee) came with nothing. What they came with is from the National Salaries, Incomes and Wages Commission which does not represent anything,” said the ASUU President.

Mr. Osedeke also reaffirmed his position that, in 2023, Nigerians should only elect leaders who will give the nation’s educational system first priority and provide funding for its universities.

“Anybody who in his campaign did not show they will revive the university system, they should vote them out. Anybody who you believe cannot take care of your interest, whose children are busy schooling abroad, do not vote for them. And I want to repeat it, you don’t need to vote for them,” he said.

Mr. Osodeke outlined the union’s main requests, which include, among other things, the release of the revitalization fund, the acceptance of the University Transparency and Accountability Solution (UTAS), and renegotiation of the 2009 agreement.

He also noted that until all these demands are met, the lecturers are not going back to classrooms.

“If we take education seriously it (the strike) would not have lasted beyond February (when it started),” said Mr. Osodeke, accusing the government of insensitivity.

Nigerians no longer attend public elementary and secondary institutions, he claimed, because “the government has ruined them.”

The fact that over 90% of students at tertiary institutions in the nation are still enrolled in around 90 public universities, despite the existence of over 120 private universities, is evidence, he continued, that ASUU’s struggle is having an impact.

Mr. Osodeke added that only one of the requests made by his union is related to the welfare of the lecturers and that the strike being led by his organization is in the best interests of the students and the advancement of the university system.

Mr. Osodeke claims that the quantity of academics’ industrial actions in the United Kingdom (UK) over the previous five years is comparable to that of their Nigerian counterparts.

It’s not about the number of strikes, he claimed. It’s about the government’s response to the strike,” the author emphasized, adding that the UK government responds quickly to the academics’ requests.

He claimed that although a professor in the academic sector is left to earn N400,000 while the special advisers to President Muhammadu Buhari make up to a million naira per month.

The draft agreement that ASUU had with the Mr. Briggs-led committee was deemed unworkable by the Ministry of Labor and Employment because it would have increased members’ pay by as much as 100%.

However, the draft agreement the union presented with the committee did not include the sum that the ASUU President withheld.

In addition, Mr. Osodeke stated that UTAS came in “distant first” when evaluated against IPPIS and the University Peculiar Personnel and Payroll System. He recently revealed that UTAS has been certified for use (U3PS). After the tests, he observed that IPPIS came in last.

More to Know About ASUU Strike

The ASUU president added that the decision to forgo operating a Twitter account was made to combat misinformation.

ASUU has repeatedly denied operating any of the numerous Twitter handles bearing its name on the social media platform.

“There are more than 10 ASUU Twitter handles. People are faking it. If we have our own and multiple ones, how do people decipher the real one?” he said.

He pointed out that unlike in the 1950s and 1960s, when university education was primarily designed to create a workforce for the colonial administration, the nation does not yet have a clearly defined goal for higher education.

Also he further charged that during these crises, neither ASUU nor the government had taken students’ interests into account.

He chastised the government for signing contracts but breaking them, causing the university system to fall into meltdown.

University teachers’ ongoing strike, according to Rinu Oduala, a young activist and project director at Connect Hub NG, has lowered the caliber of Nigeria’s universities and the educational system.

She said while the Nigerian students are home waiting for the government to reach an agreement with ASUU, the government is focusing on the 2023 elections.

She also dismissed the government’s claim that it has no money to fund the universities.

On February 14, ASUU went on strike, calling for a number of items, including the deployment of UTAS to replace IPPIS and the adoption of the 2009 renegotiated agreement, which sets down the terms of service for its members.

The union has continued to extend the initial four-week strike due to the government’s inability to come to an agreement. The strike has now been ongoing for over six months.

Below are some frequently asked questions and answers about the ASUU strike update for you:

Nigerian students in Federal government-owned universities will remain out of school as the Academic Staff Union of Universities (ASUU) did not reach an agreement to end the strike.

2. How Many Schools are Under ASUU?

The National Open University of Nigeria, on Tuesday, ruled out the participation of its lecturers in unionism, including the Academic Staff Union of Universities, because its structures were different from conventional universities.