Goldwater Scholarship is aimed to encourage talented students to pursue careers in engineering, mathematics, and the natural sciences. Up to $7,500 in qualified tuition, fees, books, lodging, and board expenses are covered by the scholarship each academic year. 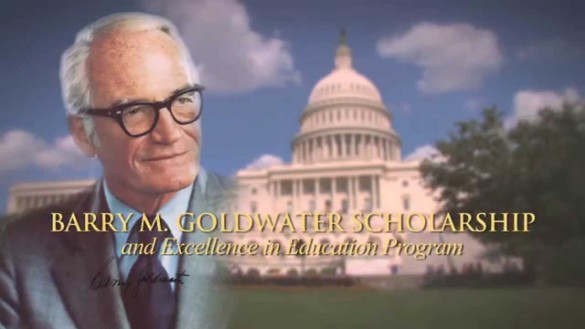 Barry Goldwater Scholarship and Excellence in Education Foundation in 1986 was created by Congress as a living legacy to Senator Barry Goldwater, who spent 56 years serving his nation as a soldier and statesman, including 30 years in the U.S. Senate.

The Goldwater Foundation helps make sure that the United States is producing the number of highly qualified professionals the Nation needs in these crucial fields by awarding scholarships to college sophomores and juniors who want to pursue research careers in the natural sciences, mathematics, and engineering.

Alumni of the Goldwater Institute are currently engaged in research that is assisting in national defense, locating treatments for deadly diseases, and instructing the next generation of scientists, mathematicians, and engineers.

Up to a maximum of $7.500 for a complete academic year, each Goldwater Scholar gets a yearly sum equal to the sum of tuition, obligatory fees, books, lodging, and board, less any other financial aid received.

Up to four students may be nominated each year by accredited 2- and 4-year U.S. academic institutions that have a Goldwater Campus Representative on staff with the Foundation.

If one or more of the nominated candidates are transfer students, the four-year institution may nominate a fifth candidate. Nominations from schools without a Goldwater Campus Representative or direct student applications will be taken into consideration.

A student must meet the following requirements to be nominated for a Goldwater Scholarship:

1. Be a full-time matriculated sophomore or junior pursuing a degree at an accredited 2- or 4-year institution of higher education during the 2022-2023 academic year,

2. Intend to pursue a research career in natural science, mathematics, or engineering.

4. Be a resident of the United States permanently or be a citizen or national of one of the following: the 50 United States, the District of Columbia, the Commonwealth of Puerto Rico, Guam, the United States Virgin Islands, American Samoa, the Commonwealth of the Northern Mariana Islands, the Republic of the Marshall Islands, the Federated States of Micronesia, the Republic of Palau, or any other American territory or possession. A photocopy of the permanent resident’s Green Card, also known as their Permanent Resident Card, is required.

The Goldwater Foundation uses the same natural sciences, engineering, and mathematics fields and subfields that the National Science Foundation does for its Graduate Research Fellowship Program when determining eligibility.

Chemical engineering, computer and information sciences, and engineering, engineering, geosciences, life sciences, materials research, mathematical sciences, physics and astronomy, and psychology are a few of them. Click on a field in the table below to see its sub-fields.

Although the National Science Foundation does not fund medical research, students interested in veterinary or medical occupations are still eligible for a Goldwater Scholarship if research is a major component of their career objectives.

1. By 5:00 p.m. Central Time on the final Friday in January, all nomination materials (student questionnaire, research essay, three letters of recommendation, transcript(s), institutional nomination form, and, if applicable, a copy of the student’s permanent resident card) must be uploaded to the Goldwater online nomination site. Nominations that are incomplete or that are not uploaded by this time will not be considered.

2. Special Exception to the Deadline Policy of the Goldwater Foundation:

3. Disasters, whether anthropogenic or natural A five-day extension for submitting the nomination documents may be granted by the president of the Goldwater Foundation. A Campus Representative should wherever possible, send such requests to the Foundation before the anticipated deadline.

4. The deadline for nominations shall be extended to the following working day after the closure ends if the Goldwater Foundation nomination site must be shut down and is unable to receive online submissions due to bad weather, a power outage, or other factors. 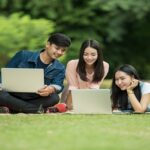 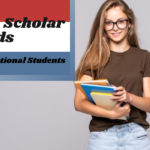