Coca-Cola Scholarship: Through three well-known nationwide programs, the Coca-Cola Scholars Foundation awards $3.55 million in yearly scholarships to more than 1,400 talented college students each year. You can be a part of it, keep reading to get more information. 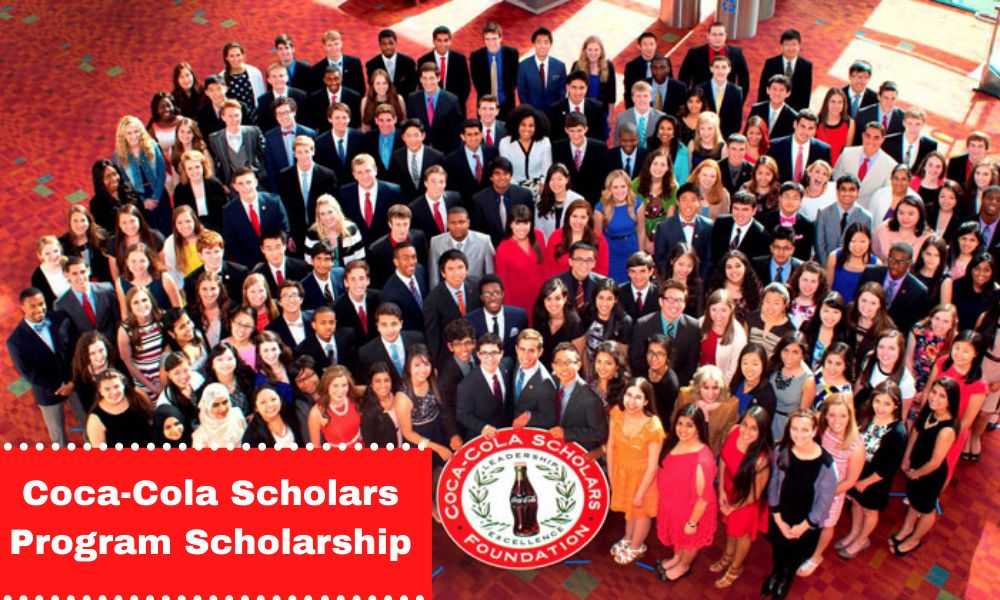 By awarding college scholarships to outstanding high school students who are committed to leadership, service, and action that benefits others, the Coca-Cola Scholars Foundation makes an investment in the future.

For 34 years, they have been reshaping the lives of more than 6,600 young people who are poised to transform the world.

Students in their senior year of high school are eligible for the achievement-based Coca-Cola Scholars Program scholarship.

The ability of students to lead and serve, as well as their dedication to having a substantial positive impact on their schools and communities, are honored.

The Foundation will have invested more than $78 million towards the education of more than 6,600 Coca-Cola Scholars by the time the 34th class is enrolled in 2022.

1. Current high school (or home-schooled) student attending a school in the U.S. (or select DoD schools) who will graduate during the 2022-2023 academic school year

3. Expecting to receive a high school diploma during the current academic year

4. Planning to pursue a degree at an accredited U.S. post-secondary institution

5. Able to verify a minimum overall B/3.0 GPA in high school coursework

Applicants May not be:

5. Children or grandchildren of current employees, officers, or owners of Coca-Cola bottling companies, The Coca-Cola Company, Company divisions, or subsidiaries.

6. Children or grandchildren of former employees who are currently receiving retirement benefits based on their previous employment with Coca-Cola bottling companies, The Coca-Cola Company, Company divisions, or subsidiaries.

7. International students (with the exception of students at DoD schools)

Application for the 2023 Coke Scholars is currently closed. A little over 90,000 students applied! In the middle to end of November, applicants who move on to step 2 as Semifinalists will be informed.

The Program awards 200 stipends (up to $237,500) annually across four tiers of recipients in varying amounts: