The Curate Marketplace is well suited to anyone who is just starting out in the NFT space. For the newbies in the crypto space, it might rather seem like a herculean task making money from NFTs as getting to know the basics of cryptocurrencies alone is a daunting task for quite a number of people.

With the advent of blockchains, the world has gone sophisticatedly digital, and making money from the comfort of your home while indulging in what pleases you the most as an artist has never been easier!!

Non-fungible tokens in conjunction with the metaverse have opened up a lot of earning possibilities, but this guide will serve as an introduction for the newbies coming into the NFT space to learn how to mint, create, list, and sell their NFTs on the Curate marketplace.

What is Curate Marketplace

Curate is a one-stop marketplace that employs blockchain technology to settle payments as well as recompense buyers and sellers after every deal utilizing the platform’s native token $XCUR.

In addition, they are the first marketplace to have an app on mobile that also supports gasless minting of NFTs and physical goods, that is to say, they don’t charge you fees for using their platform.

The Curate Marketplace is so comprehensive that they allow for the minting and selling of both physical and digital goods like game NFTs, electronics, GIFs, pictures, and much more.

How to Use the Curate Marketplace

There are various operations that can be done with the Curate Marketplace, you could Mint, List P2P (Peer-to-Peer), Import/export NFT, create a collection, view other artist collections that might be of interest to you to buy.

Minting: Simply refers to the process of converting your original digital files like images, music, poems, etc into NFTs by uploading them into a particular Marketplace and promptly followed by the issuance of a token to ensure its originality.

Curate Marketplace makes sure that all NFTs uploaded to its platform are original as it does this by checking and approving your NFTs before you can list them.

NOTE: Profane NFTs, low-effort selfies, and poorly drawn doodles are not allowed by the Marketplace.

List P2P: This is simply the space on the App where you can transfer your NFTs from and to your friends on compatible chains. It currently is under development and will support other chains in the future asides from Ethereum and Solana at the moment.

Import/Export NFT: You can bring along your NFTs from other compatible NFT chains and store them in this wallet, all you need to do is select the chain, copy and paste your NFT smart contract address, import NFT, and send it to curate.

Collections: Simply refers to the grouping of NFTs under a category as this makes it easy to auction them off as a bundle or pack.

Once you’ve downloaded and fired up the app, you will be brought to the homepage. To locate where you could mint your first NFT after your registration, go to your profile situated at the bottom right of your screen, once there, clock on the button directly above it to toggle a list of other operations, select Mint NFT.

Upload an original file done by you and wait for the support team to verify your uploads which typically occurs between 24 – 48 hours.

From this screen, you could List, Import/Export, and Create collections.

You could always send these tokens from other exchanges to your wallets by:

In General, the Curate Marketplace platform is very easy and intuitive to use as a beginner. I will recommend it for any newbie who is just starting his journey into the world of NFTs. 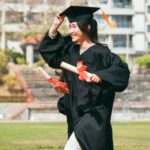 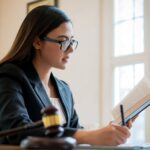 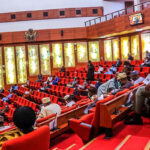 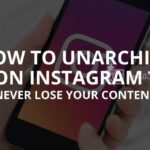 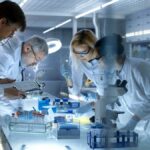