BBNaija Season 7 is the Nigerian edition of the popular reality series, which is often referred to as Big Brother Naija. This season is tagged: Level Up. It debuted on DStv channel 198/199 and GOtv channel 8/29 on July 23 and 24, 2022. The host, Ebuka Obi-Uchendu, made a sixth straight appearance. Pocket by Piggyvest is the main sponsor of the program, and Flutterwave is the associate sponsor.

The winner of the season is anticipated to get a grand prize of $100 million, which will include an N50 million cash reward and items valued at N50 million from sponsors, according to the show MultiChoice’s organizers.

Every Sunday, Ebuka Uchendu, the host of the reality TV series BBNaija, conducts an eviction. The Big Brother Naija housemates who were put forward for eviction will be asked to stand while Ebuka announces the next houseguest to be kicked out.

Vote for your favorite housemate using the mobile site, MyDSTV app, or MyGotv app to keep them in the competition and prevent their eviction from the Big Brother Naija home.

The Big Brother Naija eviction for Season 7 of 2022 will take place live on that channel and be broadcast on both DSTV and Gotv. The head of the house and his or her subordinates are typically exempt.

Khalid, an expelled Big Brother Naija housemate, has identified the contestant who will probably win the season 7 “level-up” edition.

In his post-eviction interview with Ebuka, Khalid predicted that Phyna will prevail.

He said,” I think Phyna will win. I think the winner is between Phyna and Eloswag. He gives me a certain vibe.”

Khalid said that his future goals will be to produce the footwear he has developed. He added that his priorities will be modeling and photography.

Meanwhile, the candidates for next week’s eviction were announced as Amaka, Pharmsavi, Chizzy, Modella, Daniella, Groovy, and Kess. On Sunday, at least one individual will be evicted.

Below are some frequently asked questions and answers about the BBNaija Season 7 for you:

2. Why was Beauty Disqualified from the Big Brother House?

Ex-beauty queen, Beauty Tukura, has revealed she cried severally after her disqualification from the ongoing Big Brother Nigeria season 7 reality TV show. Tukura was booted out of the competition after getting into a physical altercation with a fellow housemate, Groovy, just two weeks into the show.

3. What Caused the Fight Between Adekunle and Sheggz?

The fight escalated from a short exchange of words. Sheggz called Adekunle ‘stupid,’ and went on to say he didn’t think Adekunle was ‘intellectual’ as he went to a better school than him. Apparently, word ‘stupid’ triggered Adekunle ready to get a strike for fighting as he had an intense outburst.

Eloswag, a Level 1 housemate in the ongoing television reality show Big Brother Naija, season 7, won the head of the house challenge for week four on Monday. 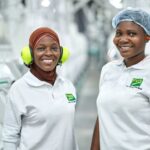 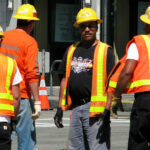